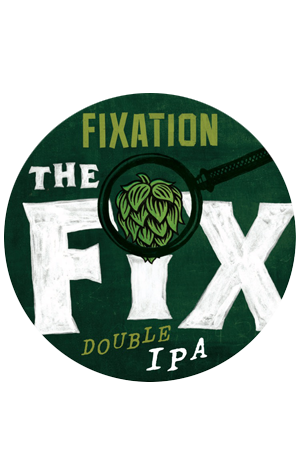 When this new venture between Stone & Wood and former Mountain Goat rep Tom Delmont launched last year, it was with the aim of brewing nothing but IPAs. So, having already built a reputation on the back of their flagship IPA, they're sticking to their word and following up with this double IPA. It's only going to be an occasional release and for this and the second release they're only brewing pilot size batches. Which means that, taking into account the tank samples staff at the Byron Bay brewery couldn't resist taking, only a handful of kegs will be released each time.

Talking of tank samples, we were lucky enough to have a taste when in Byron for the annual Stone Brew Day and, even in its unfinished state, the big fruity hops and lean, dry body were apparent. The finished beer was launched in Adelaide and a few kegs are appearing at Good Beer Week, including at Fixation's Old Bar event. Paler, hoppier and boozier than the straight IPA, we're told the finished beer delivers "pungent fruit salad aromas", "a clean hop punch" and "a solid, but firm bitterness", all derived from a combination of US hops Simcoe, Citra and Mosaic. Get your Fix before it's gone...