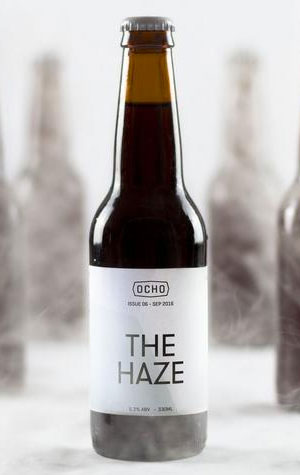 Brewer's notes: New Zealand hops add bright, tropical fruit flavours and aromas to this New England style IPA. Soft and juicy, with an alluring haze, this is an IPA for those who prefer hop flavour over bitterness.

New England refers to the northeastern corner of the United States, where a pioneering group of craft brewers have recently re-imagined the IPA. These IPAs have a beautiful sunny haze, a massive tropical hop aroma and flavour, and a very soft, creamy mouthfeel.

Our twist on the style was to use all New Zealand hops, which we know are saturated with complex, tropical fruit character – so well suited to this style, in fact, that many New England brewers are beginning to experiment with NZ hops themselves.

We used three NZ hops: Moutere (pineapple & zesty), Waimea (mango & pine needles), and Motueka (lime & grapefruit), and we love the way The Haze showcases them. We find NZ hops to be much more subtle and complex compared to US hops, so their initial hit may not be as in-your-face, but their depth of flavour is just brilliant.

The Haze is saturated with delicious hops, yet very drinkable thanks to that soft mouthfeel and relatively low bitterness. Great Spring drinking!