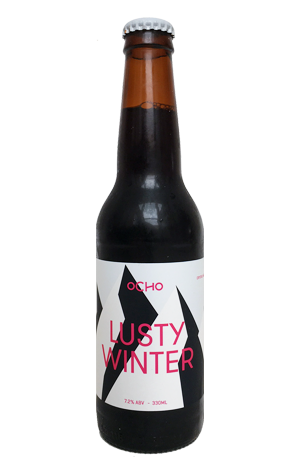 The second half of the spring 2017 double offering from Launceston based Ocho Beer is another that, like its partner Born In Burton, has its feet firmly planted in old European traditions. It's a Baltic porter, a style that grew from English porters but was also influenced by Russian imperial stouts and is often brewed with a lager yeast (although here it's an ale yeast fermented at a cooler temperature).

There's nothing out there by Ocho's occasionally experimental standards either, just a handful of specialty and dark malts set to work in a beer that's a lighter shade of brown than its deep flavours and warming booze might suggest. There's a figgy, dark fruit perfume atop the roasty, chocolate fudge and caramel aromas, while flavour wise they're joined by bitter dark chocolate and toasted elements that help balance the sweetness.

You can read about Born In Burton here