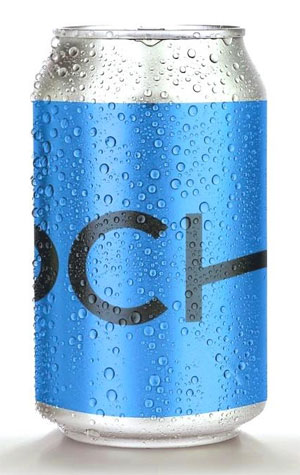 It's been a little while between drinks with Tasmania's intriguing Ocho (at least those we've posted on the site). But that's not because there's been nothing going on – there's been well received small batch beers, the reappearance of previous releases like the Golden Double IPA in cans and also the launch of a seasonal IPA series that seems to come with a nod to Krzysztof Kie?lowski's Three Colours trilogy (albeit with four colours...).

First up was the red tinned Autumn red IPA (which we totally missed – sorry, Stu) but, having caught up with him during Good Beer Week (well, danced with him at the GABS Silent Disco if we're being totally honest), we're back on track with Winter. This one comes with a blue tin and, in true Ocho style, isn't actually an IPA as it uses a Bohemian lager yeast.

Semantics aside, what you get is a hazy and pale beer with a lean, dry and up front bitterness. It's loaded with the freshest Ella, Centennial and Simcoe Stu could get his hands on, from which you'll detect an array of subtly layered aromas: floral, pine and cedar, grapefruit, dried citrus and spice. And we mean subtle: this is no hop bomb, more a tightly wound hop delivery system.

Grab some straight from Ocho here