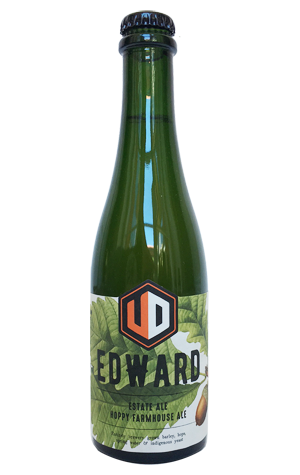 One of the first two estate ales released by Van Dieman is Edward, brother to Max and very different in nature. Despite being built with many of the same constituent parts, including the same indigenous yeast, Edward is something of a bruiser compared to the light and flighty Max. Described as a hoppy farmhouse ale, it delivers on both fronts.

The "hoppy" comes from Van Dieman's Super Pride hops and brings a resinous, drying hop bitterness to the table as well as, presumably, contributing to the herbal, spicy aromas and flavours. It's highly carbonated with something distinctly funky and farmhouse-y going on (Will describes it as "a blanket of hay"), with malt sweetness poking its head above the parapet briefly to say hi before being submerged by that wave of dryness.