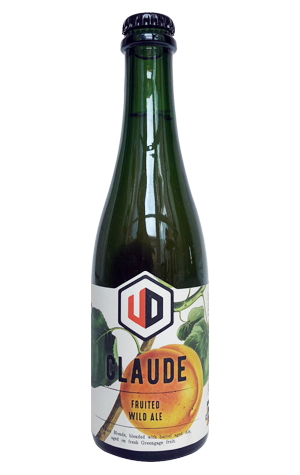 Picture the scene... It's late summer in Leongatha in the heart of Gippsland's pristine dairy country. There, in an orchard sat amid green, rolling hills, sits a single greengage tree. Up wanders a nine-year-old boy, the youngest of three, under a tumble of blond curls. Hoping no one is looking, reaches up and helps himself to fruit after fruit after fruit, wallowing in the sugary, sweet flesh. Though he doesn't yet know it, childhood nostalgia is made of such moments.

"Will!" comes a voice from near the house. "Are you eating greengages again?"

The moment passes, as the future AIBA Best Beer Media winner is chided and removed from his favourite tree in the orchard.

"I really enjoy that," says Will. "Unsurprisingly. You can definitely taste the greengage."

Nostalgic reminiscences aside, Claude – up there with the best of the estate ales to come from Van Dieman – also serves up a Bretty, cherry like sharpness on the palate and a woody, rustic character on the nose, enlivened by an intense, sweet acidity from the barrel-derived portion.

I let Will finish the bottle.