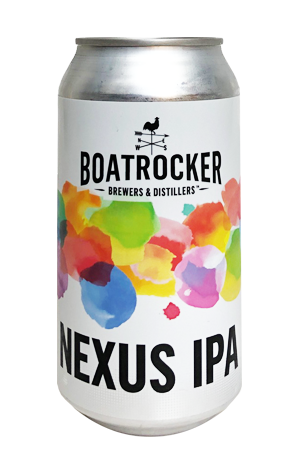 Boatrocker have come relatively late to the world of the hazy IPA, albeit there was the Jeepers Creepers sour NEIPA towards the start of 2019. So, given the brewery's reputation – not to mention their fine recent run on the hoppy beer front – you can imagine there was some pressure to get it right. Indeed, at their 2019 Good Beer Week event, Vrolijke Boot, founder Matt Houghton admitted to trouble sleeping in the lead up to the release of Nexus IPA.

Given the beer's early reception (and the fact there's a second batch already coming), presumably he's sleeping a little easier. As one experienced beer rep put it to us the other day: "Matt waits to make a hazy IPA and fucking knocks it out the park."

Nexus is one of the bigger hazy IPAs you'll have come across (at least not bearing the "double" or "imperial" prefix) and treats you to aromas that flit between the metaphorical tropical fruit salad, Wrigley's Juicy Fruit gum and a fresh bag of hydro. There's no real bitterness or prickle to speak of, just a little grip on the palate, in what's a spot on take on the style and looks like a golden sunset in your glass.