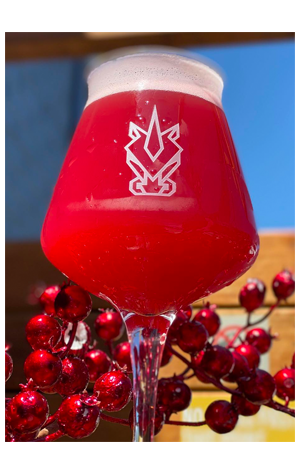 By this stage in the brewery’s young life, it should be apparent to regular Blasta drinkers that the owners, the Russells, like fruit. Even while sampling this new number, I had to double check the glass as a new batch of Rampant Raspberry sour had been placed next to it, making the pair virtually visually indistinguishable.

For this outing, the inspiration was Kate Russell’s love of kriek, so Morello cherries were sourced from Hungary and Belgium, with the final 50 kilograms hand puréed in the kitchen. At a rate of 160 grams per litre, their influence is understandably full yet Cherry Bomb Blasta remains relatively nimble in the glass. An ephemeral almond note teases the nose before the cherry blast carries the beer along a zingy acidic line with a subtle salty element which, once again, disappears as quickly as it makes itself known.

Available from the brewery and Blasta stockists nationally