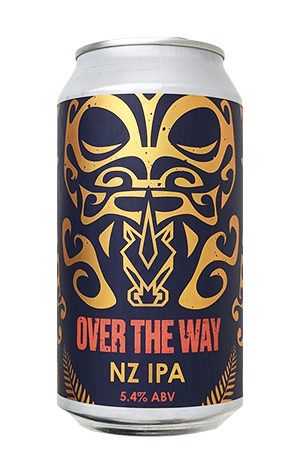 Over the second half of 2022, Blasta have dabbled within the world of NZ IPAs, but this wider canned release is where they really showcase their affection for the style. And, in a move that will be pleasing to many, they’ve done so with a beer that sits at a sessionable level, even though Over The Way drinks bigger than its 5.4 percent ABV station, such is the expressive influence of Nectaron and Motueka hops.

A heady nose of pineapple, orange oil and green papaya peel leads with hint of custard apple before joining fleeting feijoa on the tongue. Though lightly misted, the clarity of flavour, bitterness and overall palate arc offer a generous ride for those going over the way.