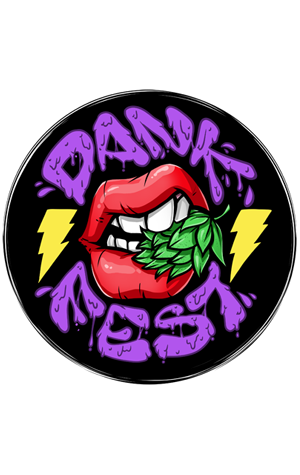 Ever wanted to have a party with some mates and celebrate the good old days, but want it to be as fresh as it probably wasn’t then? So do The DTC crew, who've been celebrating all things dank in beer via four collabs created for their Dankfest 2021 weekender: each was conceived by a pair of hop-focused brewers – one East Coast, one West.

All Shook Up is a double grapefruit IPA that's an amplified meld of classics from two breweries of Scottish origin, with the internationals from BrewDog lending some hip-shaking swagger to the name – the founders famously changed their names to Elvis via deed poll to temporarily skirt IP issues with Elvis Juice. In collaboration with Blasta, the grapefruit punches out as fresh ruby grapefruit segments, candied peel and hints of pith. Saturation is one thing, but there is also poise, and a subtle modern dankness courtesy of Citra, Idaho 7 and Strata lingers in the background, as the tight bitterness persists.

Despite the apathetic name, Can’t Be Foxed from Rocky Ridge and Fox Friday leads with massive pine and toffee in a burst of old school vigour, blasting dry and very bitter from its chestnut hue. Foxy indeed.

Bitter ‘n' juicy. And dry. But also juicy. Sure, Otherside, have it your way. Their hybridised IPA, brewed with Fixation, the Collingwood-based brewers 36 hours away by land – hence the 36 Hours Later name – leads with tropical papaya and mango upon a creamy palate before a third act presents a wallop of pine bitterness very much in the vein of a classic West Coast.

As for It’d Be A Lot Cooler If You Did from Cheeky Monkey and Hawkers, Simcoe and Amarillo is probably all anyone need know about this West Coast. In fact, this could really have been called Simcarillo, if it wasn’t for the Dazed & Confused reference. Upfront citrus, pine, dankness and bitterness showcase everything that’s glorious about such beers.

NB We can only attach beers to two breweries, so have gone with the first two Guy mentioned in the write-up.

Available from The DTC and online