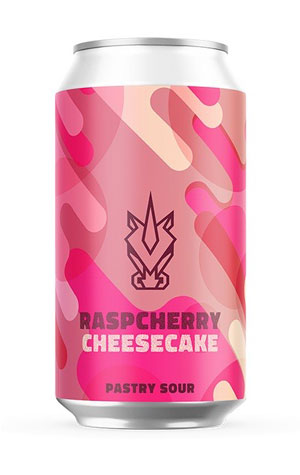 “I just wanted to make something different. I’d seen these kinds of beers in the US, and we’ve done marshmallow before, so why not cheesecake?”

A perfectly rational response from Blasta’s Steve Russell when asked about the genesis the Burswood brewery’s first release of 2022. You see, while many in the cavernous beer hall were quaffing Blasta’s Helles over Christmas, Steve was finishing this pastry sour with 50 kilograms of pie crust, otherwise known in internet acronym land as SDPC, or single dry pie-crusted, making this an SDPC pastry sour...

And, that’s just the chef’s finishing kiss. Before that, silly amounts of sour cherry, raspberry and strawberry provided the base for cream cheese additions in what pours the colour of Strawberry NesQuik. Fruit tartness carries the sour yeast influence, with all you’d expect pulsing from the adjuncts, despite which the pie crust and cream cheese hints come as a surprise as it warms. As does the cherry coming to the fore with a touch of almond.

“I just wanted to make something different,” he adds. Your move, 2022.