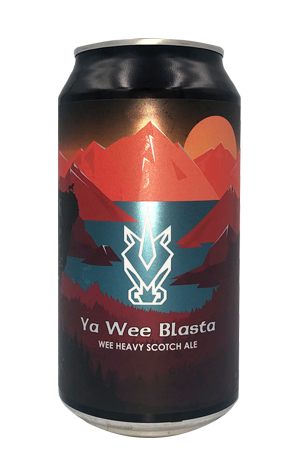 Steve Russell’s relentless pursuit of ideas seems to favour him, as if guided by his brewery's unicorn talisman. Here, while wanting to make a wee heavy – a strong and malt rich beer – the idea of incorporating traditional Scottish ingredients, including some from his hometown, was too good an opportunity to pass up, even if that meant overcoming a fair few challenges to get hold of Scottish heather honey and ex-whisky staves from the Highland distillery that was his local before emigrating. And then there’s chasing down thistle glasses for the venue’s new takeaway area... Clearly, the man behind Blasta is not someone who deals in half measures.

With so much consideration, Ya Wee Blasta is far more approachable than it may first appear, although there's a fair bit going on. Smoke, dark honey and a floral liquorice thing (yeah, I’m not sure either) on the nose lead into savoury dark malt, prune, dark caramel, herbal notes, light cinnamon and more honey – all rounded out with a mild booze prickle (it weighs in at close to 9 percent ABV, after all) and late stave action, which is nary enough to drag this to a sticky, semi-sweet resolution.

As for whether all the effort was worth it, Steve says: “I wouldn’t have it any other way.”