The new ideas and style mashing continues to come from Red Duck with two new beers in time for summer that register low on the ABV count. The Half Wit is ostensibly a Belgian witbier, brewed with half wheat and half barley. We're told it's a "pale, white, slightly cloudy weisse" and to look out for "soft grapefruit and white spicy notes". The Geist sees the brewery combine elements of the German gose style, generally tart and salty, with another German style, the Berliner Weisse,… Read more
Pale Yellow

There are plenty of reasons for the folks at Temple to be happy these days. After a brief spell in voluntary liquidation, they're back in business and had one of their biggest nights ever on their first night back. They've got designers giving their East Brunswick home an overhaul. There are plans for significant expansion. And there are new beers. And, having dropped in to sample them the other day, it would seem that it's the last of these that, perhaps understandably, has co-founder and head brewer… Read more
Golden Yellow

It's birthday time at Moo, with the brand turning eight and the new (well, newer than the original one) brewery celebrating three years in business this month. There's no birthday brew to celebrate, instead the third release of its Seasonal Saison. The beer first hit a handful of taps around Hobart for Beer Lovers Week and the Tasmanian International BeerFest, as well as the brewery's stand at Taste of Melbourne. And, as of this week, it's set to land on taps at craft beer venues all over the land.… Read more
Golden Yellow

Other venues across Australia TBC

Has any brewery got to 500 brews as fast as Mornington Peninsula Brewery? They only marked three years in business in October but have just reached that milestone. With big expansion plans in mind and a canning line on the way, it's all go for a brewery that has won a place in the hearts of many a beer lover across Australia and was shortlisted for Champion Small Brewer at this year's Australian International Beer Awards. To mark the feat, they've returned to where it started: their Pale Ale, but… Read more
Golden

The Alehouse Project (Launching there 14/11)

No doubt there will be all manner of new and rare beers hitting taps across the state over the coming days as WA Beer Week kicks off. But we'll wager there will be few as intriguing as this collaboration between Margaret River's Eagle Bay and awesome WA bottleshop Mane Liquor. It makes its debut at the WA leg of Sail & Anchor's Night of the Barrels tonight (November 8), which means that it has seen the inside of a barrel. Head brewer Nick d'Espeissis hooked up with Elliot and Jackson from Mane… Read more
Golden Yellow

The last time Riverside Brewing and Cavalier Beer were mentioned together in the same sentence as the word 'collaboration', it was during Good Beer Week 2013. Back then the two were in direct competition with each other, having teamed up with the TimeOut magazine in their respective cities, Sydney and Melbourne, and brewed a beer that best represented their home. Bragging rights aside though, that the earlier competition was just a bit of fun and, as if to prove it, for Sydney Craft Beer Week the… Read more
Golden

It took them three years of jumping through hoops to get their brewery in Erina up and running. By in just six months since the doors were opened, they've wasted no time getting the word out that something different is brewing on NSW's Central Coast, via weekly gigs on a stage in front of their brewery tanks, the hairiest collection of staff at any Australian brewery (if their appearance at the Aus Hotel Beer Fest is anything to go by) and some fine beers too. The latest to appear is their take on… Read more
Golden Yellow

In 2012, for Sydney Craft Beer Week, Jayne Lewis from Two Birds headed to Sydney to brew a collaboration with the crew at the recently opened Young Henrys brewery. The resulting beer was Otaku, a Japanese-inspired green tea and seaweed altbier. Ahead of the same event in 2013, brewer Jayne made the same trip to the same brewery, only this time it was to collaborate with the other brewing company that calls Young Henrys home; Grifter Brewing. Clearly not wanting to mess with a winning formula, the… Read more
Rich Brown When you decide to launch a West Coast IPA, there's a prerequisite that you've gotta go big on the hops. For the Big Sur IPA, the guys at the Grifter Brewing Company met that expectation head on and then some with the inspiration apparently coming (and who can be sure how jokingly) from the desire to "experiment with how many hops we could add to the kettle before we blocked the heat exchange". That attempt to bust the brewhouse - courtesy of the Columbus, Citra and Simcoe hop varieties… Read more
Golden

In any healthy team, there will always be differences of opinion, a willingness to debate, an appreciation that sometimes compromise is necessary to reach the best possible outcome. But sometimes, even a healthy team can decide that compromise can take a running jump and everyone can have their own way at the same time. Certainly, that seems to be what's happened at the Gold Coast's Burleigh Brewing, where a debate over the best hops currently available on the market - with five brewers arguing the… Read more
Golden

There was a moment during the Blind Tasting sessions we were running at last weekend's Australian Hotel Beer Festival where we wondered if we'd ever finish. It wasn't due to the questions from the audience or any long-winded spiel from our guest brewers, but came when Mike from Goat was talking about the Goat IPA that had just won its round. We were trying to recall all the IPA variants the brewery had made, a list that went something like: IPA, Double IPA, Imperial IPA, Seedy Goat, Thorny Goat,… Read more
Rich Brown

Over the years, Yarra Valley brewery Hargreaves Hill has released a variety of pilsners, often showcasing one hop or another. And, with summer on its way, they're back with a fresh version. In keeping with their fondness for unearthing rare styles, such as past releases like the Maibock they created with Red Hill or the Grisette brewed for GABS in 2012, they've ignored the Bohemian and German styles most Aussie brewers use for inspiration and instead opted for a pre-Prohibition era US style pilsner.… Read more
Pale Yellow

While they're always a joyful bunch down at the Young Henrys brewery, it's still a little hard to imagine them getting too excited about - much less inspired by - the classic Sound of Music singalong about raindrops, roses and whiskers on kittens. It just doesn't seem, well... rock and roll enough. But when you swap the raindrops for ale, the roses for truffles and the whiskers for bacon, that's definitely something to work with. In fact, that's exactly what they have worked with for the release… Read more
Golden

When the 24 breweries and brewing companies gathered for the first Good Beer Showcase this October, a few brought new beers or created twists on old ones. None went quite as far as Red Duck, however, but then again it's rare that anyone does. Six very recent or not yet released beers were unveiled - along with a new livery that's evolution rather than revolution - including these two. The Sabre Tooth is the latest big, hoppy beer from the Ballarat brewery (remember last year's Hop Bach with Kissmeyer… Read more
Golden

If you fancy your hops with a bit more hip than usual, this is definitely the beer for you. Not content merely with rock star musical brews, for this collaboration Young Henrys teamed up with Sydney hip hop label Big Village Records. With Big Village dedicated to promoting local hip hop artists and Young Henrys having much the same mindset for the beer, it's easy to understand why they'd decide to join forces. The beer that's been created is based on the idea from the Big Village crew for something… Read more
Golden

The team at Young Henrys have collaborated with brewers, bands, a radio station, a magazine, TedxSydney, a historical society and even the very suburb they reside in. So it was something of an inevitability that they would eventually find inspiration from the very beverage that's kept them fuelled along the whole journey: coffee. And for this assignment, their co-conspirators are the coffee kings from Toby's Estate who added their extensive expertise, alongside a relatively little-known substance… Read more
Dark Brown 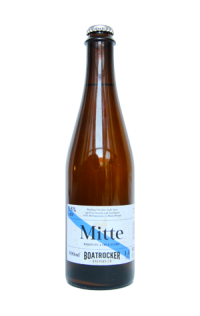 One of the first and now most frequently appearing of the beers from the Boatrocker barrel beer program is this take on the Berliner Weisse style. The beer begins with a sour mash whereby the grains are left in the mash tun over a day or more to allow natural lactic acids to develop before the brewing process recommences. When it's then been through the kettle, the wort is put into former Chardonnay barrels where it is inoculated with more bugs so that more sour characteristics can develop. Once… Read more
Pale Yellow

With the last drops of their dunkelweizen, Brick Kiln, drained from the Brewhouse bar, Holgate has lined up a new, more seasonally suited, wheat beer. It is, as far as we're aware, their first hefeweizen (southern German style wheat beer) and, after much discussion over potential names - Banana Snuggler (don't ask), Island Farm Hefe - they decided it would be christened The Little Heifer. Brewed partly to appease a Bavarian regular at their pub, it follows "classic wheat beer lines, but with… Read more
Golden