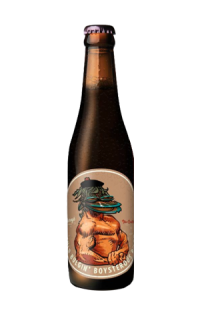 We've said plenty about this beer created in collaboration with Murray's so won't say much more here. What's more, as it's kind of our beer it would be wrong to say much about it anyway. That's part of the reason why we've decided to run a little competition inviting you to review it for us in 50 words or less, with the best and most entertaining received by August 9, 2013, winning a t-shirt. What we can say is that it's a 10 percent ABV Smoked Belgio Imperial Mussel & Oyster Stout featuring… Read more
Black

They love celebrating the nations of the world at 4 Pines. Give them a country marking an occasion of significance and they'll give you a new beer; sometimes four. Once again they've used Independence Day as an excuse to head to the brewery armed with tonnes of hops to create a series of US-inspired ales. It's the fourth time they've marked Independence Day in such a manner, with this year's beers the 10th, 11th and 12th Yankee beers. As brewery owner Jaron tells us: "This occasion is perfect… Read more
Golden