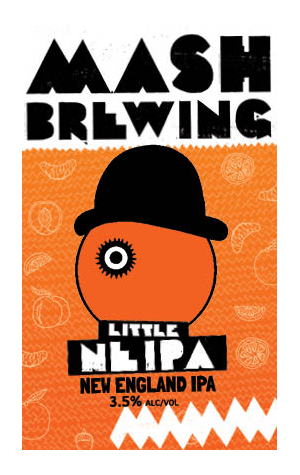 Mash Brewing’s arrival into the turbid wort water of 2017’s style de jour sees a fresh take from the Swan Valley crew: a mid-strength New England IPA. This inspired iteration – one recently undertaken by Melbourne's Tallboy and Moose too – resolves the classic lack of body that plagues the lower ABV category, an issue the brewing world cheekily calls "donuts" – all upfront aroma and late bitterness with a big hole in the middle where the body should be.

Little NEIPA’s suspension not only creates a full mouthfeel that would be the envy of most mid-strengths but also allows the hop oils' peach and apricot characters to shine through the haze before building to a dry, chalky and mild bitter finish.

While the initial release is draught only – pouring at Mash venues and around Perth – its success hints at a canned release. Not bad for a little NEIPA from the West Coast.

And select venues around Perth