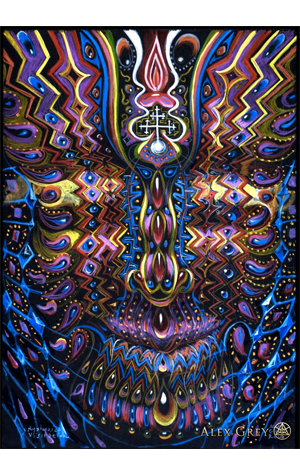 If everything went to plan then the world wouldn't be the place it is today. Among the things discovered by accident are potato chips, microwaves, post-it notes, pacemakers and, perhaps most crucially, slinkies. To that list can now be added the latest very limited release from 3 Ravens.

It started out as part of the batch of Druid, the Pedro Ximenez-inspired Belgian strong ale, brewed earlier in the year. Ending up with more beer than expected, once the six PX barrels were filled they put the rest into a stray Makers Mark bourbon barrel. Unfortunately, according the Ravens crew, "the barrel sprung a leak, which persisted, albeit slowly, for months. After the Good Beer Week Cask Off event held at the brewery had cleared out, former brewer Adrian McNulty spotted the rather decrepit looking barrel festering in the corner, complete with insect larvae reminiscent of the Sardinian maggot cheese casu marzu. Needless to say, all present were curious to know what this 'maggot beer' tasted like. The power drill came out, a sample port was created, and there was immediate disappointment when the beer tasted really good – and nothing like maggots."

That was two months ago; now said beer has left the Makers Mark barrel and been placed inside the only three kegs that will be filled by this happy accident. It's been named after the highly hallucinogenic beverage employed by shamans and medicine men for healing, spiritual insight and communicating with nature (but doesn't, as far as we're aware, contain the medicine's active ingredients). The reasoning behind the name being that the fly is embraced by shamans for its spiritual powers of survival, adapting to harsh environments, and the transformation of waste into valuable assets.

The Ravens can't promise this full, creamy, maggoty, beery Ayahuasca will pry open your third eye, bathe you in love and wonder and cleanse your subconscious but they are willing to say it'll deliver complex characteristics such as "vanilla fudge, crème brulee, treacle, candied orange and salted caramel [with a] savoury finish ... drying oak tannin and alcohol warmth." Some way short of enlightenment, perhaps, but given the other ayahuasca is a foul-tasting brew that makes those that partake vomit, it seems a pretty good quid pro quo.

For Dark Side of Beer

The other two kegs are yet to be assigned