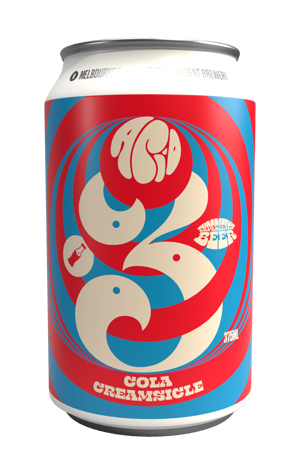 They love a theme, or beer series, at 3 Ravens, don't they, with Juicy, Nat Rav, Wild Ravens and more alongside their CAW range. Creamsicle is perhaps one of the least likely, yet also one of the most active, with milk bar-inspired offerings pumped out a few times each summer.

The Thornbury brewers sign off for summer 2021/22 with the variant that was runner-up in their public vote in the previous summer. It pours rather lighter than cola; indeed, it looks more like an amber ale and has some of the sweet caramel of such a beer, but that’s where the similarities end. It reminds me of the cola bottle chewy sweets/lollies of youth – those dipped in sugar, in particular – with fizz in place of the sugar coating. There's a creaminess thanks to the lactose too, and a lick of quenching acid tang that brings it into the realm of adulthood, rather than childhood, treats.