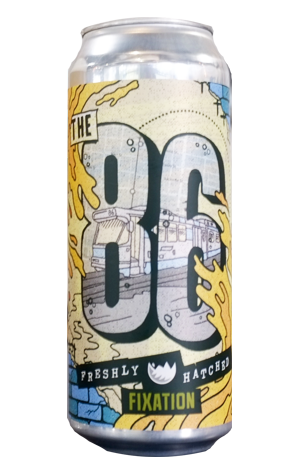 They're not calling it a New England IPA as such, but one of the beers prepared for the launch of Fixation's brewpub, The Incubator, is a hazy IPA that sits closer to such beers than anything else they've released to date. Taking its name from the iconic tram line that runs past the venue's front door, it eschews the yeast strains typically found in NEIPAs for the ubiquitous and cleaner US-05, instead using plenty of oats and wheat to create the haze, as well as the beer's full and rounded body.

It sits in the tropical hop camp, with a bit of textural prickle on the palate, plenty of lingering hop flavours and a slightly higher bitterness than found in most NEIPAs. It's also the most heavily dry-hopped beer in the Fixation to date, although now they've got their own 600 litre setup to play with we imagine it's a record that won't last too long.

UPDATE: In September 2019, it became the first release in their Freshly Hatched can series.