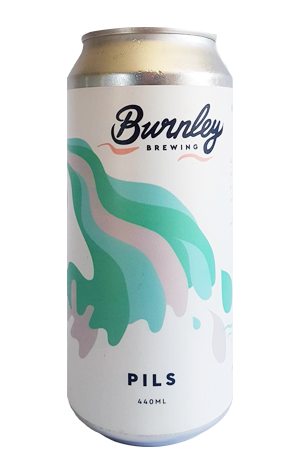 When Burnley’s head brewer, Michael Stanzel, was 22, he made the move to Germany to study brewing in the land of lager and hefe. And, if the second lager to join the brewery released in cans is anything to go by, it seems like he paid attention during those (presumably) exacting days learning about pilsners.

Pils is a beer that – a little like the brewer himself – is built with traditional sensibilities but has at least one foot planted in the modern world. Made according to the Reinheitsgebot and lagered in tanks over weeks, the beer’s main distinction from one you might enjoy in a German beer garden is that it’s made with the very all-American lineup of Chinook, Centennial, Amarillo and Cascade hops.

It’s a combination that means the beer still has those floral and spice characteristics found in many European noble hop varieties but there’s also some clear citrus at play. Beyond that, it’s about as German pilsner as it gets: it’s pale, it’s crisp, it’s dry, it’s refreshing, and it’s rounded out by a nice bitterness. It’s, well, it’s beer beer.