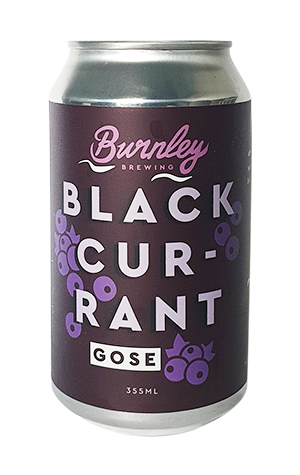 When Swedish punks Millencolin toured Australia in March 2019, the band’s frontman Nikola Šarcevic made sure to put down a few collaboration brews between performing sellout shows. Aside from being one of Sweden’s top musical exports, Nikola also runs Wizard Brewing and Mikrofonbryggeriet – and you can read more about that side of his colourful life here.

In particular, Nikola is into brewing fruit-filled kettle sours, as he did with Old Wives Ales to create Sommar Sour, and hazy IPAs. When the Sommar was being brewed at Burnley Brewing’s Dandenong production site, Burnley’s head brewer Michael Stanzel was inspired by the sheer volume of berries that were loaded into the beer and decided try his own hand at loading a kettle sour with purée.

Originally Blackcurrant Gose only appeared on tap at the Richmond brewpub but the love both the Burnley team and Burnley drinkers had for the beer has seen it return in cans midway through 2020.

The resultant Blackcurrant Gose isn’t quite as purée-packed as some of Wizard’s – but it is a striking deep red pour. The Ribena lookalike packs plenty of tartness too, with the familiar tang of blackcurrants hitting immediately, accompanied by a slight sweetness that, along with its viscosity, gives the beer a jam-like finish.