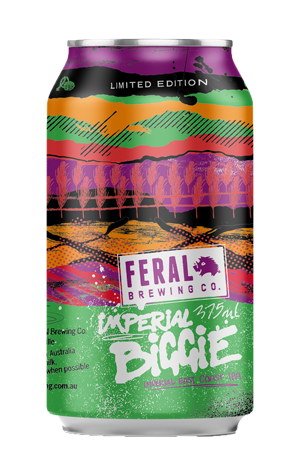 Biggie is the juicy gift that keeps giving. Over the past few months, the OG has become core range and iterations like Dirty Biggie, an American oak version, have surfaced; however, they all appear to have been a warm up for this imperial release which dropped, appropriately, during the GABS East Coast run.

Rather than just scale up Biggie Juice, the recipe was tweaked to include dry-hopping with Citra and Mosaic. The impact of this is pronounced sweet orange – peel in particular – and mandarin, with the now familiar over-ripe mango and passionfruit filling out the tropical juice punch vibe.

Mouthfeel is full but surprisingly shows pulpy restraint, despite its dense visual allure. The key here is balance and sessionability – yes, an odd call for an 8 percent ABV beer, perhaps - such that in a blind tasting I’m confident that names like Treehouse and Cloudwater would be offered before the local champ was revealed.

Launching at the Swan Valley brewpub on June 14 before a limited nationwide can release.