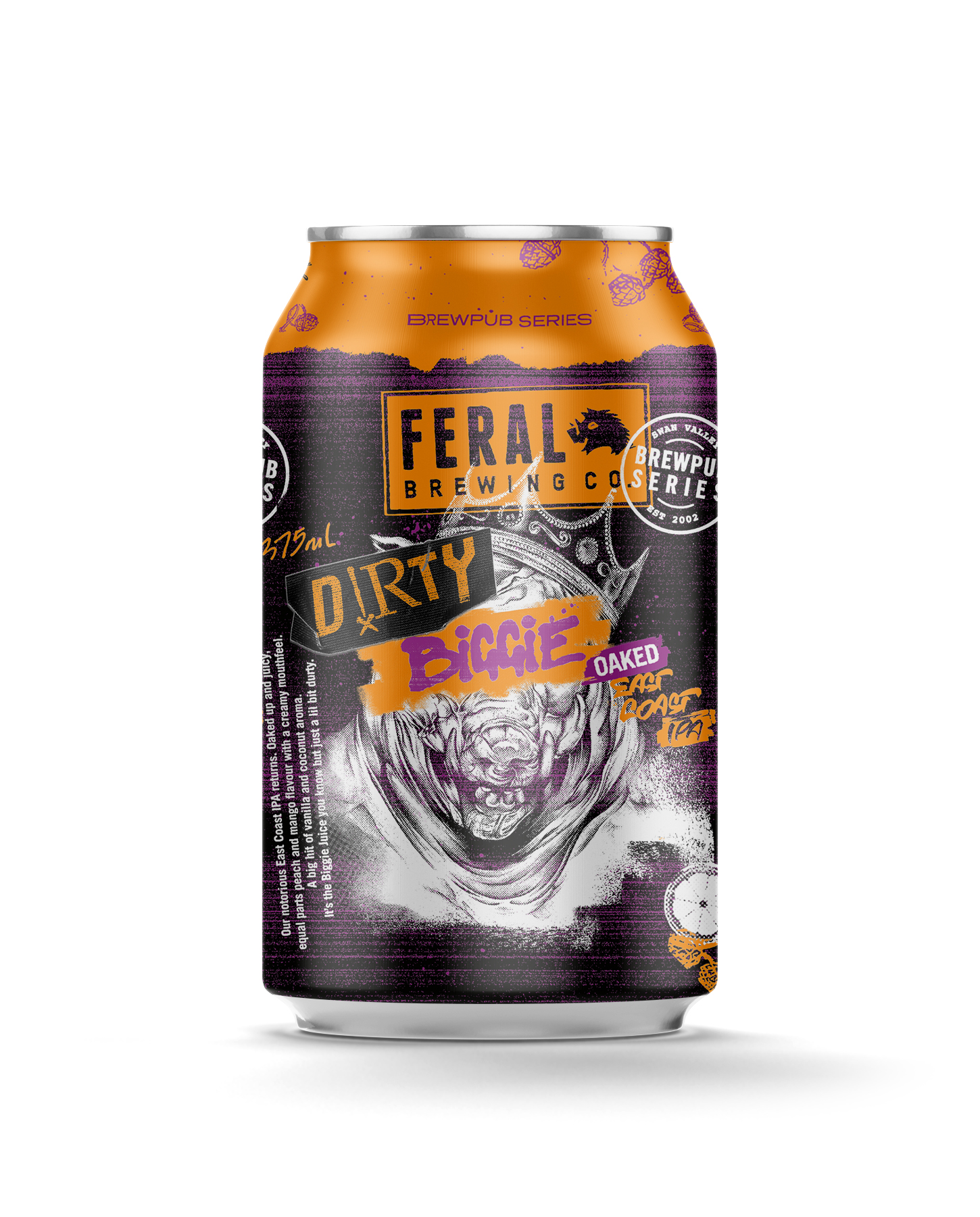 In what may be an Australian first, an East Coast style IPA has been given American oak treatment. But, if you know the history of the brewery behind the beer, it makes sense.

Biggie Juice has become the hazy modern equivalent of the then boundary-pushing Hop Hog, which many moons ago became the basis for B.F.H. (Barrel Fermented Hop Hog). And, much like the manner in which the oak altered Hop Hog, the impact with Biggie isn't just another dimension to the beer – the oak changes it considerably, particularly the mouthfeel.

Dirty Biggie leaps from the glass with pronounced mango and peach aromas, almost doubling those of the OG beer, which are joined by stave-derived vanilla and coconut thorough the now creamy palate; it effectively moves the beer towards oat cream IPA territory but without the use of lactose. The oak characters provide texture and structure without dominating and the overall result is an incredibly smooth affair somewhat at odds with the grotesque crowned porker icon that adorns the cans and decals.

NB: Crafty Cabal members have a chance to win a case of Dirty Biggie and associated swag. Enter the ballot before July 23.