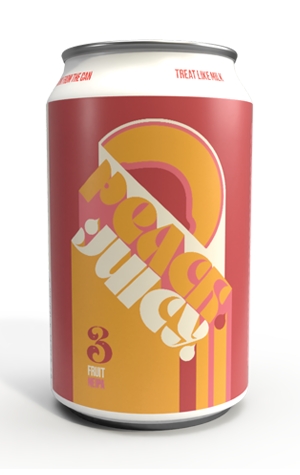 The 3 Ravens Juicy train rolls on apace, with a return to fruit additions after a couple of tinnies that switched their focus to highlighting single hop varieties. The introduction of peach purée, along with suitably fruity hops Galaxy and Amarillo, sees Peach Juicy land as one of the most deeply hazy of the series to date – and it's a lively affair on the palate too.

Despite the cloudy, almost creamy appearance, there's a prickly acidic side to the fruit aromas, which turns out to be a precursor for the flavour. It's more a case of young, tart peaches than riper, sweeter fruit, contributing a tang that lends the impression of a gentle souring and adds a different form of refreshment to that found in most of its Juicy stablemates.