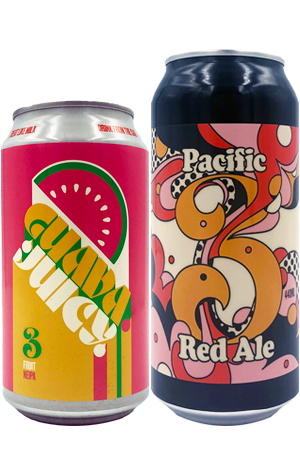 The Juicy train rolls around again at 3 Ravens, with a return to fruit additions this time. Guava is the weapon of choice here and, boy, can you tell. It looks like a fruit juice in your glass and the fruit purée comes out on top in its arm wrestle with the New World hops. Indeed, such is the guava's potency, there's a tartness reminiscent of a fruit sour in place of the soft bitterness you'll have found in most of its Juicy predecessors.

Leaving the Thornbury brewery around the same time is the Pacific Red Ale brewed with Footscray's Bar Josephine. The idea was to take 3 Ravens' late Bronze Ale – an English-inspired special bitter – and bring it across the equator via the use of tropical hops. Chestnut in colour, it remains closer to the Old World than the New, with rich, creamy toffee flavours reminiscent of heavier English reds and ESBs and the fruitiness from the ale yeast delivering something malt-driven, broadly bitter, and unlike much else being released by craft brewers today.