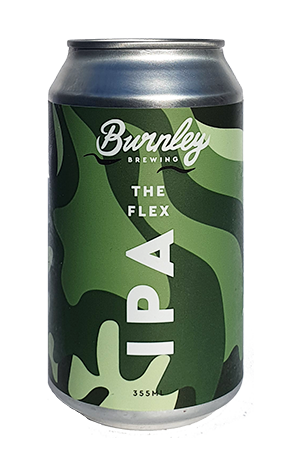 Various iterations of a West Coast IPA have made frequent appearances on tap at Burnley’s brewpub since opening, with the beer shifting over time but sticking to a singular focus: big, bitter and packed with tropical hops. As the biggest beer to regularly pour there and aided by brewer Michael Stanzel's love of memes and social media phrases, it eventually took on the name The Flex. Now, midway through 2020, it's made its way into cans too.

Though it does pour with a slightly hazy orange appearence, The Flex sticks closely to its West Coast name. The hop mix includes Magnum, Galaxy, Mosaic plus the recently named US hop Sultana that previously went under the experimental hop 06277 tag. It's a combination that brings a tropical mix of passionfruit, mango, lychee and pineapple, along with ripe citrus and a sizeable, grippy and resinous bitterness.