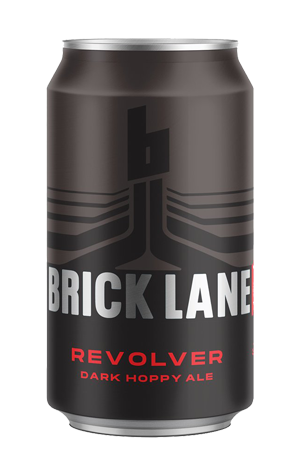 Brick Lane’s Revolver aims to appease the innate need in many craft beer drinkers to switch to darker drops during the winter while also providing them with a reminder that spring isn’t too far away. Dubbed a Dark Hoppy Ale, the winter release leans comfortably towards black IPA territory, combining dark roasted malts with the American hops Ekuanot and Simcoe and booze content that's nudging towards six percent.

The brewery’s calling it a dark beer with a bright soul but given the name you could just as easily say it’s more Beatles album meets Rage Against The Machine track. Pouring jet black with a tan head, Revolver has a smooth and velvety body in which its malty side brings roasted coffee and cacao as the hops deliver a blend of orange, pine and herbal notes with a distinct aniseed edge. All in all, it's the sort of release that will have dark beer lovers eager to pull the trigger.

NB We've got five cases to give away to Crafty Cabal members too.