They say it takes a village to raise a child and the African proverb certainly runs true for breweries.

For Brick Lane, their village was on the smaller side when 25 founders came together to launch the brewery in 2017. But among them were some big names from the world of sport – Billy Slater, Dan Carter and Eddie Maguire – along with others with prominent backgrounds in hospitality and the wider alcohol industry.

For anyone with a strong interest in Victoria’s craft beer industry, however, it would have been the man in the head brewer role that sparked most interest. Having started his professional brewing career at Bright in Victoria’s High Country, Jon Seltin’s beers reached a wider audience as the inaugural head brewer at Hawkers Beer when they launched in 2015.

And, clearly a sucker for punishment, Jon was keen to get involved in designing another state-of-the-art brewery alongside the Brick Lane team at their site in Dandenong.

That suburb on Melbourne’s outer edge is one that’s become a surprisingly popular home for craft beer, whether it’s those on the larger side like Brick Lane and the space shared by KAIJU! and Exit, or the community-focused brewpub that is BoJaK Brewing.

The site was chosen so Brick Lane would have space both to grow and to design a brewery capable of operating exactly how they wanted. Largely, this meant a focus on efficiency and sustainability, where waste could be reduced and energy repurposed across the brewery.

In the early days, the lineup of Brick Lane beers was one that showcased Jon and the brewers’ ability to dial in recipes, putting balance and approachability first. The likes of One Love Pale Ale, Base Lager and Red Hoppy Ale are, above all, beers to be enjoyed with mates, preferably by the pint or at a barbecue.

In 2020, those core beers were joined by the Someday Sour range of fruit-driven and tart refreshers, while the one-off releases have included their contribution to the All Together global collab led by New York’s Other Half, which turned out to be as good a hazy IPA as you’ll have come across from an Aussie brewer.

Beers bearing the Brick Lane name are by no means the only drinks to come out of the brewery, however. The team regularly brews for others, with a list of partners that encompasses some of the country’s best-loved indie brewers on one hand, major retailers on the other.

And it’s that word – partner – that seems to encapsulate the way Brick Lane’s story has evolved better than most. The brewery team collaborates regularly with people and organisations in and outside the world of beer, whether that’s their high profile sponsorship of Melbourne Storm or their work with Shane Delia’s Maha Go via the All Together project, one that helped feed hospo workers pushed into unemployment by COVID-19.

Then there’s the brewery’s spot at Queen Victoria Market, one they first occupied during the winter Night Markets of 2018, when they poured other indie brewers’ beers alongside their own. That partnership morphed into a permanent spot and, ultimately, the Someday Caravan, meaning this iconic Melbourne location famed for showcasing local food now offers local beer too.

When Brick Lane first emerged, the big names behind the project commanded much of the attention but, as the business has evolved, it’s been such moves – plus the arrival of beers like the fine modern IPA Supernova in their core range – that define their position within Australia’s craft beer village as much as anything. Throughout 2020, the brewers at Brick Lane have been playing around with hops, fruit, haze and acid but their latest release has a rather different brewing tradition in mind: the Australian draught. The black and red label has a striking simplicity and given this is a beer that’s “high gravity brewed”, provides “superior crispness and “fuller refreshment”, it’s pretty clear this is one intended to be bought by the six-pack, if not the case. The brewery wants you to share it with mates… Read more
Golden Yellow There's no rhyme or reason to the beer world these days. Unless, of course, you live by the motto: more of everything, always. You'd typically expect to see brewers launch a range of easy-going, fruity refreshers in the lead-up to summer rather than at a time when people in their hometown are waking up to morning frosts. But Brick Lane must figure any day is good for Someday. The series launches with a twin set, including this Watermelon & Raspberry offering. It's the former that takes to the… Read more
Golden One of two fruit sours to leave Brick Lane at the same time in winter 2020, Blood Orange is the leaner of the pair. While Watermelon & Raspberry is akin to a sorbet in a can, here you're hit with a blast of unmistakable blood orange aromas in a beer that continues comes at you with a singular purpose. Clearer in the glass than its compatriot, anything overtly sour or funky is kept well under wraps, yet there's still a sharpness to its cleansing edge. Fruity, refreshing, easy-going. James Smith… Read more
Golden Yellow When Brick Lane launched, you might have taken a look at their backstory and backers, which includes some big names from worlds such as sport and media, and figured this was unlikely to be an operation that, a few years down the line, would launch a lineup of fruit sours or take part in a global brew led by NYC hype-meisters Other Half. What you might well have expected was a lager with the majority of the country's drinkers in mind. By 2020, it's become a case of: "Why not have both?" What… Read more
Golden I'm not exactly sure where the cut-off between mid-strength and light beer is, or if it matters, but certainly Brick Lane have taken the approach that, when other brewers go low for their mid-strength offerings, they go lower. The Fine Line Lager – one of two lagers in their core range – tips the scales at a mere 3 percent ABV. But don't go thinking this is some watered down offering; it's actually the more classically minded of the two. Aromas are of the noble hop variety – floral and spicy… Read more
Pale Yellow As a lifelong Manchester United fan (at least until they appointed Mourinho – a step too far after the Glazer takeover that took me into the arms of Burton Albion, AKA The Brewers, in stead), the phrase "One Love" instantly brings to mind the banner that adorns the Stretford End at Old Trafford, itself a reference to the Stone Roses classic. So, let's see how I can weave that into Brick Lane's core range pale ale... I'll be honest, I'm struggling to work out how to find reference points… Read more
Golden Yellow Let's get one thing out the way quickly: this Red Hoppy Ale isn't actually that red. It sits somewhere between copper and amber. But, semantics out of the way, what's it actually like? The first thing that comes to mind is brittle, albeit one low on the nuts, higher on the sweet, sugary stuff holding it all together. The meeting of specialty malts and fruity hops creates a mix of soft berries and nougat on nose, then dry, toasty, doughy malt and a touch of spice on palate. I'd go with American amber… Read more
Red One Love. Supernova. Is there a Mancunian music lover lurking within Brick Lane, one smart enough to now it's worth trying to appease both sides of the red/blue divide? Certainly, there are brewers who understand how to create an IPA for the current climate. Supernova is very much of its time: pale in colour with candied tropical aromas, pine and pineapple, plus hints of liquorice adding depth, of which the hop combo at play here provides plenty. Keep going and a dankness makes its way into proceedings,… Read more
Golden Yellow 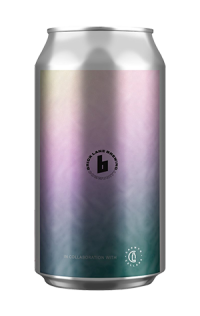 In April, Brick Lane and Carwyn Cellars teamed up as part of the global campaign launched by New York’s Other Half Brewing to support hospitality workers affected by COVID-19 closures; you can read our story about it here. First time around, the collaborators opted for the hazy version of All Together Beer and, in September, with Melbourne into its Stage 4 lockdown, the decided to brewed the other Other Half recipe in the shape of a West Coast IPA. Proceeds from every sale of the beer are going… Read more
Golden Red Hoppy Ale has been been a part of Brick Lane’s core lineup since the brewery first fired up and with this seasonal, the brew team has turned things up to eleven to deliver the DDH red IPA, Red Right Hand. The name might channel Nick Cave and memories of Tommy Shelby's elegant violence but the striking can artwork brought to mind Avatar: The Last Airbender. That said, an anime series probably isn't what they were thinking by giving the beer the tagline “A Beer With Bad Intentions”. Like… Read more
Red Brick Lane really are stepping up the frequency of their limited release beers as we move through the second half of 2020; a fortnight ago it was the dark hoppy ale with one foot in winter and the other in spring and now it's followed by a beer with both feet in next season: the hazy Avalanche IPA. It’s a name that adds a little more weight to our theory that the team at Dandenong has an eclectic taste in music, while stylistically it's not their first foray into such territory either, with the… Read more
Pale Yellow

For more, or to order online, head here.

Crafty Cabal members get a discount on all case orders too 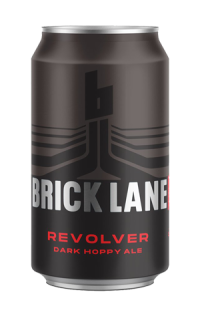 Brick Lane’s Revolver aims to appease the innate need in many craft beer drinkers to switch to darker drops during the winter while also providing them with a reminder that spring isn’t too far away. Dubbed a Dark Hoppy Ale, the winter release leans comfortably towards black IPA territory, combining dark roasted malts with the American hops Ekuanot and Simcoe and booze content that's nudging towards six percent. The brewery’s calling it a dark beer with a bright soul but given the name you… Read more
Black