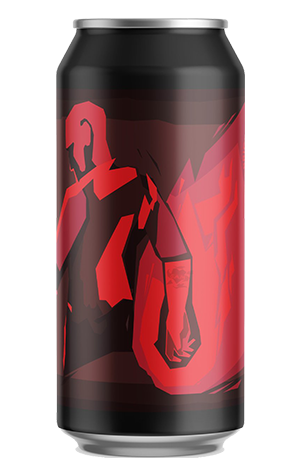 Red Hoppy Ale has been been a part of Brick Lane’s core lineup since the brewery first fired up and with this seasonal, the brew team has turned things up to eleven to deliver the DDH red IPA, Red Right Hand. The name might channel Nick Cave and memories of Tommy Shelby's elegant violence but the striking can artwork brought to mind Avatar: The Last Airbender. That said, an anime series probably isn't what they were thinking by giving the beer the tagline “A Beer With Bad Intentions”.

Like Cave himself, any sense of foreboding doesn't overwhelm, with the deeply ruby red beer presenting hops and malt in balance. On the one hand, there's the combination of Chinook, Amarillo and Simcoe to cast a long shadow of grapefruit, papaya, earthiness and pine, while taking a walk to the other side of the beer, the malt character is incredibly luscious and rich, serving up a hit of biscuit, burnt sugar and toffee in a beer you're more likely to see in your dreams than your nightmares.