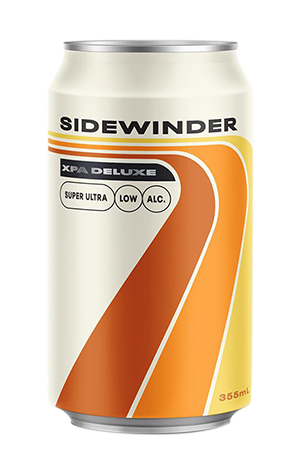 Having launched their Sidewinder range of ultra low-alc beers earlier in the year, Brick Lane have seen out 2021 with a second in that series. Whereas number one was a hazy pale that came in at 1.1 percent ABV, Sidewinder the second sits a little more comfortably in what we have come to know no-alc beers to be: sub 0.5 percent.

Given the Melbourne brewers have long made such beers for others, we shouldn’t be surprised to find they know how to do them well. This one pours pale yellow and a little cloudy, featuring hop-derived flavours of rockmelon, mandarin and a touch of pine. While you might be able to tell it’s missing some of the oomph brought by booze, the beer’s balance between soft mouthfeel and bitterness mean that, for the most part, it's got everything you look for in a modern XPA, sans the effects, of course.