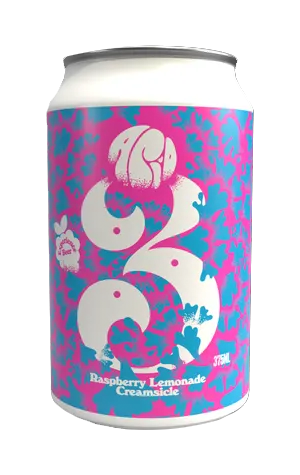 With the mercury finally seeming to be heading upwards in Melbourne, the city's oldest indie brewery is rebooting a series that debuted last summer. The Creamsicle beers take their mid-strength Acid sour as a starting point for some fun, in this case using rolled wheat, lactose, vanilla, French oak, raspberry juice and lemon to take it into milk bar freezer territory.

Pouring a cocktail like blush, initial impressions are that the sour side is more to the fore than anything too fruity icy pole-ish. As the hearty dollop of vanilla ice cream, a fair old acidic tang and a sweetness perhaps best described as berry brittle start to go to work, however, you realise it's playing silly buggers with your mind. And, much as you might want to deny it, you realise you really do have the equivalent of a creamsicle in beer form in your hands...