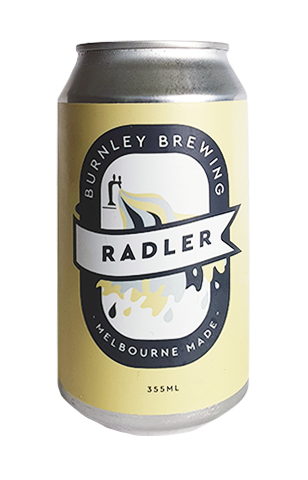 As much as Germany is responsible for styling much of the beer we drink today, there are beers from the country's traditions that still seem to escape modern Australian tastes. German sours like the Berliner Weisse and gose might be everywhere (sure, an imperial one filled with passionfruit purée might be a long way from those found Goslar) but good luck trying to find a hefeweizen - as we explored in our tenth birthday coverage here.

Radler, the beer and lemonade hybrid, is another that’s rarely brewed and that’s despite, or maybe because of, the popularity of Miller Chill showing just many people desire a beer served up with a side of citrus. Given the rise of seltzers too, many of which push citrus to the fore, and Australia’s own historic affinity for a shandy, a lemonade and beer hybrid seems as fitting a direction as any for the market to turn to.

Looking to ride that radler wave before it even begins are Burnley Brewing, with head brewer Michael Stanzel once again looking to the country in which he learned to brew for inspiration. The yellow can even comes in the right colour for seltzer-thirsty eyes, though it doesn't share the tall and skinny cans. With an appearance like traditional cider and a mere 2.4 percent ABV, it's a beer designed to be enjoyed in the sun as it starts to warm up, and anyone who's ever enjoyed a radler watching surfers in Munich's Englischer Garten might find themselves transported to another time and place. It's light, crisp and sitting atop it is an unmistakably Sprite-like flavour. Welcome to the radler wave 2020.