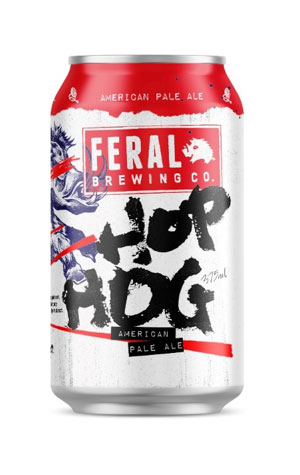 A beer that needs no introduction to lovers of Aussie craft beer. Champion Ale at the 2009 Australian International Beer Awards, the Hop Hog is a superb recreation of the IPAs that originate in the Pacific Northwest of the US. Massive pine needle and citrus aromas waft from its glowing copper-orange body, with the hops also supplying a seriously impressive bitterness, all kept in check by the perfect malt backbone.

The beer was first put into bottles in 2010 as a means of getting it into more Aussie hands, and has since made the transition – as with pretty much every crafty beer – into cans. It's also now referred to as a pale ale – the far bigger War Hog and hazy Biggie Juice get the IPA tags at Feral these days – and you can read all about it in this in-depth feature we ran on its tenth anniversary.