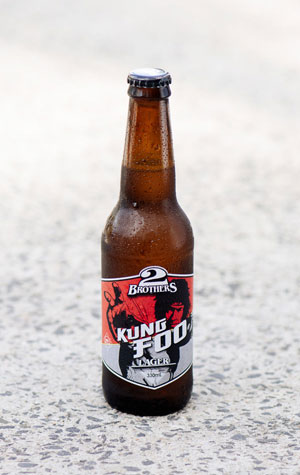 While there are a multitude of breweries producing summer ales and IPAs for the warmer weather, 2 Brothers are offering their own summer session beer, but it's a little off centre from the norm. Opting for a different summer direction, 2 Brothers have brewed up a rice lager to quench the thirst of Melbourne's south east.

The beer itself is a simple solution to the rising mercury: a light, straw coloured lager that's crisp and refreshing all the way down to the bottom of the pint. The nose has some light lemongrass and passionfruit notes and this follows onto the palate of a very quaffable summer beer. A simply flavoured (and very drinkable...) beer originally brewed in the summer of 2012 but now a popular member of the brewery's core lineup.