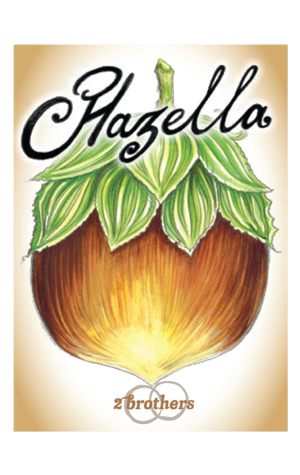 While the likes of their Taxi Pilsner, Growler and Grizz do much of the heavy lifting for 2 Brothers, they're probably as widely known around the beer world for some of their bigger, maltier treats. From the big Belgian James Brown to the trophy winning Guv'nor barley wine to a series of highly ranked GABS People's Choice beers with the sweeter toothed in mind, when they've aimed high, they've won fans.

For this year's GABS, they did just that again and create HazElla, an imperial brown ale featuring hand roasted hazelnuts from Erica in Victoria. Also in the mix is floor malted barley from the UK and Ella hops from Tasmania plucked as part of this year's harvest in March. Having impressed with its nuttiness at GABS in both Melbourne and Sydney, the rest of the batch is now available from the 2 Brothers Beerhall in Moorabbin, both on tap and in "super limited" 750ml bombers.