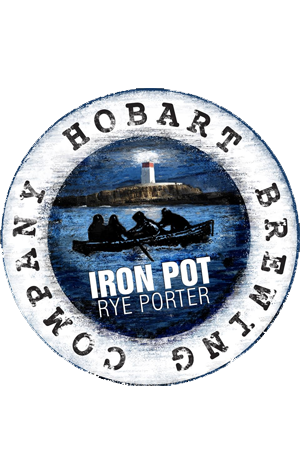 If Hobart Brewing Company's launch beer, the Harbour Master Tasmanian Ale, is a beer that possesses character bigger than its booze content would have you believe, the Iron Pot takes that and steps it up a notch or three. The second release – initially brewed at head brewer Scott Overdorf's former home, Moo Brew – is a punchy porter: a deep dark brown and impenetrable drop.

Part of the reason for its punch is the use of rye, which adds both body and a spiky spiciness to the flavour, sitting alongside more typical bittersweet chocolate and soft roast characters and an earthy bitterness. As for its title, that comes from the Iron Pot, a lighthouse that operated in nearby Storm Bay in the 1800s.