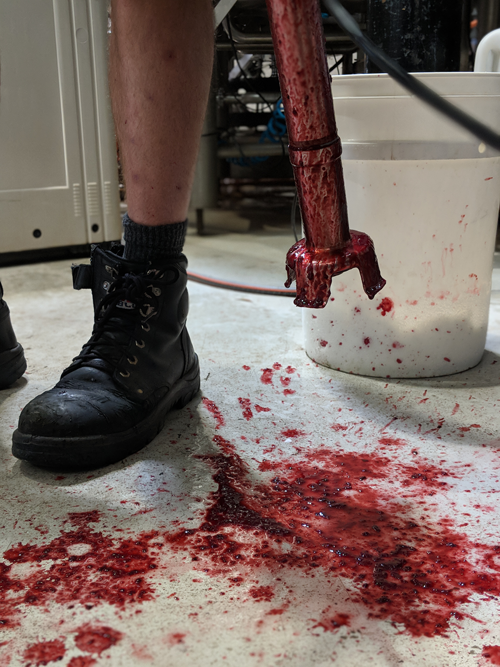 The pre-release images from Cherry Psycho’s brew day featured a shot that appeared to be an horrific accident – a vibrant red-stained industrial blender next to an otherwise normal human leg suggested a bloodied prosthesis or the beginnings of an aggressive android invasion. The reality, however, was the result of blitzing 60 kilograms of sour and dark cherries for a very interesting IPA; crisis over and beer now with a name.

Like the blender, Cherry Psycho is a striking strawberry red in the glass with earthy cherry aromas. These soon lead through the tight carbonation to fuller fruit on the palate, which intriguingly evokes a rosé wine like profile. Cherry tartness creates depth, booze is subdued and the soft bitterness finishes short, allowing the fruit and tartness to provide the beer's refreshing length.

Available on tap at both breweries