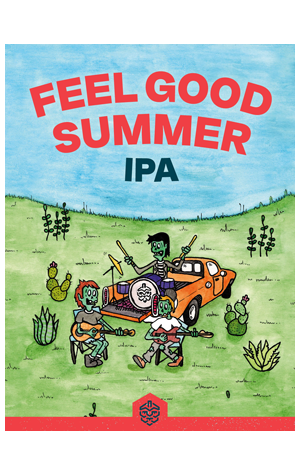 Nowhereman’s first addition to their IPA program for 2020 – the fourth in the series – dials into “music based punk rockery”. While the NWM team can’t decide if this is QOTSA or SCABZ inspired, perhaps it’s a little of both: the former’s breakthrough late 90s chant finished with "alcohol", the latter’s lead singer shares a surname with, although isn't related, with Pia Poynton, the brewery’s business development manager.

Tenuous? YEP! Acronyms are fun though, RT? And so is PR!

Anyway, there’s a beer at hand and, with a month left of the Gregorian Summer – an increasingly ridiculous idea for most of Australia – FGS launches into the mosh with NZ Riwaka and Australian Vic Secret. Tropical mango, pineapple and melon vibes meld with subtle supporting citrus – grapefruit is becoming a NWM setlist signature – in an immensely drinkable 7 percent ABV beer. Horns up!

Launching at the brewery on Feb 7, with other WA venues to follow.