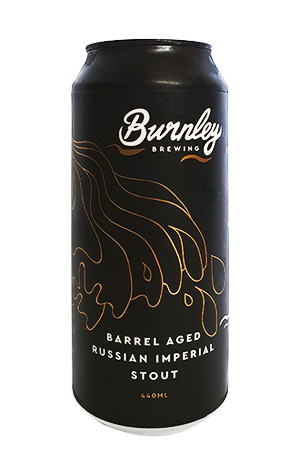 Every brewery should have a barrel program. That’s not business advice, rather just personal preference. Burnley Brewing have welcomed theirs into the world with the Barrel-Aged Russian Imperial Stout, a 9.8 percent ABV jet black beer that spent six months – or the length of two lockdowns, as us Melburnians would say – in American whiskey barrels ready for release in spring 2020.

Along with its impenetrably dark colour and brown head, the aromas that leap off the beer jump from roasted espresso to a fruitier more cherry ilk, one which edges quite close to Black Forest chocolate. Speaking of which, there's plenty of rich chocolate within the beer's smooth and velvety texture, along with a slight herbal character and, like the brewery’s Dry Stout, it finishes quite, well, dry.