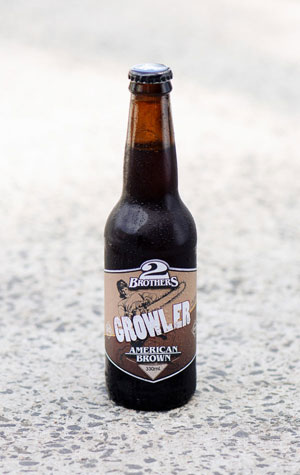 Not a reference to the two litre growlers you can fill with fresh beer at the brewery, but a full-flavoured American Brown Ale named after a chainsaw. A mix of American hops, dark fruits and chocolate make up the aroma, while the flavour of this medium-bodied beer is dominated by its biscuity, toasted malt characters.