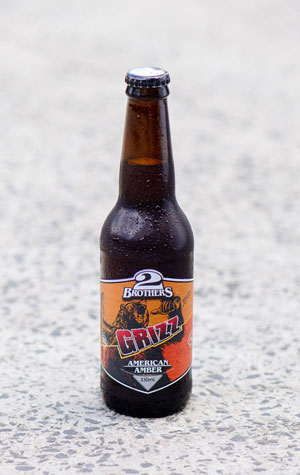 For Grizz, 2 Brothers returned to the land that gave them the inspiration to start their own brewery in the first place: the US of A. The beer that was originally introduced as a seasonal but has become a key figured in the 2 Brothers permanent lineup is an American amber inspired by Mack and Jack's Amber from Redmond, Washington.

It delivers a great balance of rich, caramel and toffee malts with piney, earthy, citrusy and slightly spicy US hops, making for one of the best examples of the style in Australia.