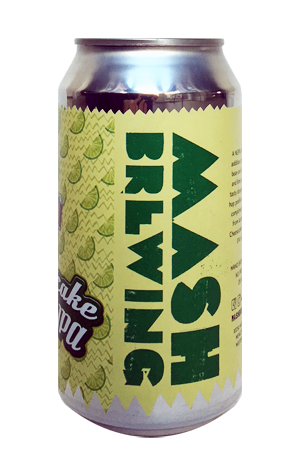 WA's Mash Brewing has entered the second half of 2018 with renewed enthusiasm and a pair of limited releases. The first sees the Swan Valley brewery putting a dessert spin on the NEIPA style in a beer that arrives as more concept than a sweet tooth’s delight.

The tight, pillowy head holds aromas of vanilla and heaps of citrus (lemon and lime peel was added), characters that become more prominent – the vanilla in particular – on tasting, while, as they fade, biscuit takes their place. Indeed, as one fervent venue manager proclaimed when handing over samples: “I get that they've got the lemon, the lime and the cream. But somehow they’ve even got the crust in there as well!”

The low bitterness provides just enough balance, with the addition of lactose lending the beer a cheesecakey mouthfeel. With the label art referencing a well known brand, whether this will attract similar regulatory pressure to another WA brewery’s recent release remains to be seen; however, right now it’s a very effective dessert-inspired NEIPA.

Available as a limited release through WA retailers and venues