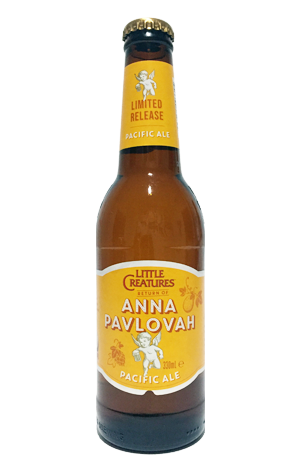 This fruity affair began as a Pink Boots Society collab created for Fremantle BeerFest 2017 and went on to win most popular beer during that year's WA Beer Week. Now, on the eve of the 2019 BeerFest, Little Creatures have reissued the dessert-inspired pacific ale, inspired by a Russian prima Ballerina, in collaboration with the West Australian Liquor Barons group.

The key here, as with the dessert’s meringue base and a ballet dancer's craft, is poise. Although it might be tempting to lunge into the world of pastry beers, the creamy mouthfeel remains in pacific ale territory, allowing a bourrée of passionfruit and vanilla to glide across the tongue, before resolving with a medium dry penché.

Available from the Freo brewery and Liquor Barons stores