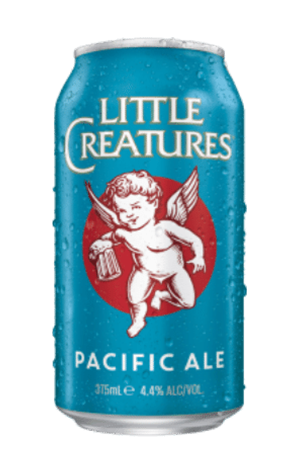 In 2021, Little Creatures reached the impressive milestone of turning 21 and they celebrated with a few changes. Their iconic Pale Ale was moved into cans as all their cans were given a branding refresh, keeping the brewery’s signature cherub front-and-centre while simplifying the look and feel. They also added some new members to the core range, including this Pacific Ale, styled on the light and easy-drinking, Australian-hopped beer that many Australian breweries have been inspired to create in Stone & Wood’s footsteps.

As the softly blue can's hue might suggest, it's a beer ready for summer and a post-dip refreshment. Inside you'll find Galaxy and Magnum hops that fill the straw-coloured, slightly hazy beer with passionfruit and a softer citrus note. With little-to-no bitterness and a dry finish, it's a beer designed for refreshment and largely can be thought of as one for drinking over thinking.