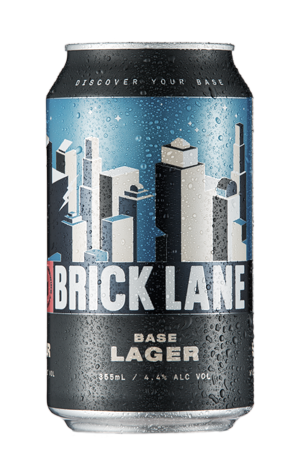 When Brick Lane launched, you might have taken a look at their backstory and backers, which includes some big names from worlds such as sport and media, and figured this was unlikely to be an operation that, a few years down the line, would launch a lineup of fruit sours or take part in a global brew led by NYC hype-meisters Other Half. What you might well have expected was a lager with the majority of the country's drinkers in mind. By 2020, it's become a case of: "Why not have both?"

What you have here is a down the line Aussie take on European pale lagers. A clear golden pour with a little old school hop aroma, some corn like sweetness, low bitterness and memories of beers at the footy.