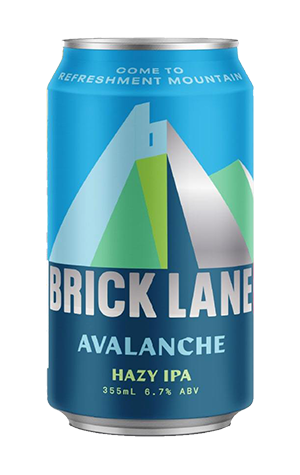 Brick Lane’s hazy exploration of hops continues in winter 2021, with the brewery looking across The Ditch for their latest Avalanche. The series first launched midway through 2020, followed by an IPA containing freshly-landed hops from the Northern Hemisphere, and now it’s New Zealand's Motueka, Wai-iti, Riwaka – plus some Strata from the US – who have a chance to shine.

The hops see a mix of tropical flavours coming to the fore, with melon largely leading the charge followed by lime, green grape and a slightly herbal touch. As with previous Avalanches, there’s still a touch more to the beer's bitterness when compared with many modern hazies, while fitting it more snugly into the style's camp is the beer's rather fulsome and lush texture.