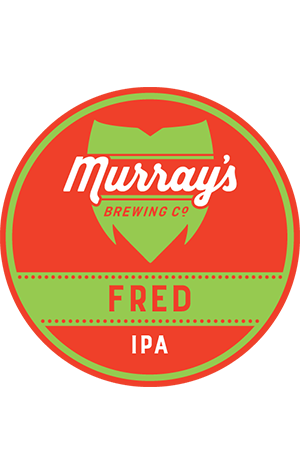 In the realms of beer geekery, Murray's is perhaps best known for its collection of imperial stouts - and with good reason. But it shouldn't be forgotten that they do love to create the odd IPA too - or several. From the pint-sized, drink-it-by-the-pint, Retro Rocket to the aptly named Icon 2IPA via Big Wednesday and the occasionally spotted Spartacus Imperial IPA, they've got the full range covered. And with Fred joining the family in 2014, the hoppy waistline got fatter still.

Being a classic US-inspired West Coast IPA, it required the brewers to move beyond the exclusive use of New Zealand hops for the first time in favour of those from the Pacific Northwest. That helps produce a beer with a big fruity aroma and substantial bitterness which lingers long. It's an unfiltered IPA which retains a soft creamy head that helps round out the mouthfeel. At 6 per cent and 75 IBUs, it's big enough to cause trouble and more than bitter enough to let you know about it. Like the countless tortured souls you might encounter when riding Greyhound buses in the region that inspires this beer style, Fred comes with an abrasive edge which might surprise. But unlike so many of those passengers, our Fred isn't unbalanced - it's just his style.