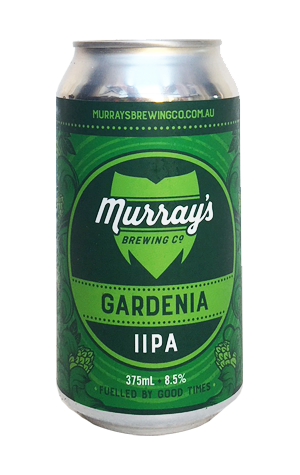 Anyone who's followed Murray's over the years will know the brewery has a fondness for hops and, indeed, for creating IPAs of all shapes and sizes. The Icon was one of Australia's first double IPAs, while they've been bigger with beers like the Spartacus IIPA too. And now, as we hit winter 2018 and they begin rolling out beers in cans, they're back with another IIPA. It's not as big in terms of alcohol content as some of its predecessors, but it's no slouch on the hop front either.

It's built around citrusy and piney US hop characters, but these aren't the ripe and juicy citrus characters that have become so commonplace in recent years, more the not-quite-ripe sort you bite into and get a short sharp shock. Yep, this is more about using those hops to deliver a lean, bitter hit to the heart of your palate. Once past that initial shock, you'll flit past pithy hop flavours and a touch of caramel and straight into an all-encompassing bitterness without even thinking of pausing for autographs.