Margaret River is home to more microbreweries than any other region of Australia. Among them is a handful that boast mightily impressive homes, such as Colonial Brewing Co: a sleek, contemporary affair sat amid 70 acres of sprawling farmland. Founded in 2004, it combines a family-friendly brasserie & brewery focused on creating "beers with integrity", a large kids' play area and a wide lawn that regularly hosts live music, DJs and mini-festivals.

You'll find Colonial Brewing Co’s beers pouring at venues all around WA and Victoria too, venues as varied as Melbourne's Lucky Coq, Hawker Hall, Cookie, The Botanical and Half Moon. The company now operates a second, larger brewery in Port Melbourne too, helping get more of the beers into the hands of drinkers on the East Coast.

Both brewery sites also operate canning lines too. Initially, this allowed the WA brewery to put the beer formerly known as Kolsch out as Draught, as well as the first batches or Small Ale. Since installing the line in Melbourne, a number of the brewery's core range beers have been released in cans too, including its Pale and IPA.

For visitors to the WA venues, there's plenty to tempt those not interested in beer, from the selection of wines from the region to a fresh and simple menu done well (especially the pizzas...). In a drive to reduce food miles, they've developed a half acre kitchen garden and orchard too.

It's an approach in keeping with the overall aim at Colonial's home base: to create an authentic, unpretentious and convivial atmosphere in which their beers can be enjoyed by families, tourists, beer lovers and beer novices alike. 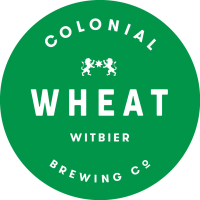 Another beer ideal for wiling away a hot afternoon in Margaret River, this is a Belgian style witbier brewed with citrus peel and toasted coriander seeds. The result is a refreshing blend of light citrus fruitiness and aromatic spices, with a dryness to finish that makes it easier to head back for one more.… Read more
Pale Yellow While others may have been slightly ahead in bringing such beers to their core range, with Boatrocker's Miss Pinky the first to hit major retailers, Colonial’s South West Sour is probably Australia’s most widely available sour. Launched in February 2018, the success of the peachy-coloured can now sees the brewery debut the Market Sour series, a bi-annual riff which will focus on fresh local produce. Straight from the fridge, the cucumber aroma is most evident [Not sure I recall a beer with such… Read more
Golden

Available from both breweries (check for changing takeaway guidelines before heading in) and independent CBCo stockists nationally. Big, dark and bold – that’s the mandate for the annual Colonial Inquest release, one which allows their 16 brewers to get creative, as was the case with the 2018 release we described as a "Frankenporter". For the final iteration this decade, Inquest returns to the imperial stout style but with a curious twist in the shape of experimental hop HBC 472. A sister of the highly regarded Sabro hop, HBC 472 imparts barrel-aged qualities of oak and coconut as well as tropical notes depending… Read more
Black

Launching from August 5 at both breweries and Colonial stockists nationwide 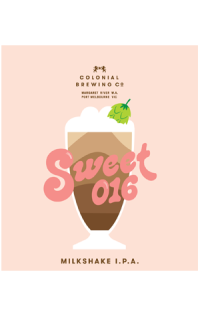 The increasingly popular milkshake IPA substyle is rapidly becoming commonplace in many Australian brewers' recipe files, but that isn't to say that all vanilla and lactose loaded IPAs are created equal. Here, Colonial have given us their take on the soft and supple IPA variant with their latest Project beer, and they've made sure it's a standout in a saturated market by loading it up with an experimental hop variety from Hop Products Australia. The yet to be named hop, which is grown in Tasmania,… Read more
Golden Porter. Noun. A person employed to carry luggage and other loads, especially in a railway station, airport, hotel or market. This eponymous beer style evolved from the dockside strongmen’s favoured dark quencher in 1700s London, becoming, at one period during the following century, the most consumed beer style in the world. These days, with pale lagers holding that mantle by some considerable margin, this most malt focused of beers has become more of a respected classic, one pulled from the lesser… Read more
Dark Brown Colonial Brewing Co’s latest Project Beer riffs on late 60s/early 70s supergroup Crosby, Stills and Nash in a way that not only neatly draws together the collaborative efforts of this gin infused double IPA but also offers a handy reference point for how the elements come together, in this case in the glass rather than via counterculture-inspiring vocal harmonic dexterity. Using the Idaho 7 hop variety from Oregon’s Crosby Hop Farm and some Willamette atop a relatively lean and slightly cloudy… Read more
Golden Yellow

On a limited, draught only tour through good Australian venues and growler filling retailers In 2015, Colonial Brewing Co hooked up with the organisers of the Emergence Creative Festival in Margaret River. The result was the design of the cans for the brewery's Small Ale, the hoppy 3.5 percent ABV mid-strength they'd been honing in draught form for some time. As well as the sweet design, the beer saw them debut the 360 degree, flip top cans that effectively become an aluminium glass once opened (turning plenty of heads when The Crafty Pint and friends popped them in the Supernatural Amphitheatre… Read more
Golden Yellow

'I had a Truffle Tripel at the Truffel Kurfuffle.â? Try saying that after a few of them at the annual Truffle Kerfuffle festival in Manjimup, sponsored by Colonial Brewing... The Truffle Tripel was created by the Margaret River brewer for the festival and is a Belgian style ale using fresh local truffles that follows in the footsteps of their truffle porter in 2013. Only 11 kegs were concocted by the brewers at the Edith Cowan University (ECU) brewhouse using five kilos of truffles from The Wine… Read more
Golden Yellow

The Royal on the Waterfront, East Perth

It seems that the deeper you delve into the minds of the brewers at Margaret River's Colonial Brewery, the murkier things get. There's an obsession with "Gary", something we don't fully understand but with which we totally empathise given there's something of a "Gary" obsession here too. Something we do understand is that there's a new series of limited releases coming out under the Project Beer banner - we know this as we ran a story on it. Yet we're still not totally sure what… Read more
Rich Brown

The Royal on the Waterfront

Mal Secourable, head brewer at Margaret River's Colonial Brewing Company, loves to brew German-inspired styles. It seems that he loves brewing them so much that it's impossible for us to get him to take the time out to tell us about any specials he's brewed. Thankfully, with Girl+Beer now calling the region her home, we have Crafty spies on the ground... Which means we know about the Kottbusser, a summer seasonal from Mal, which follows hot on the heels of the brewery's popular Baltic Porter. It's… Read more
Golden